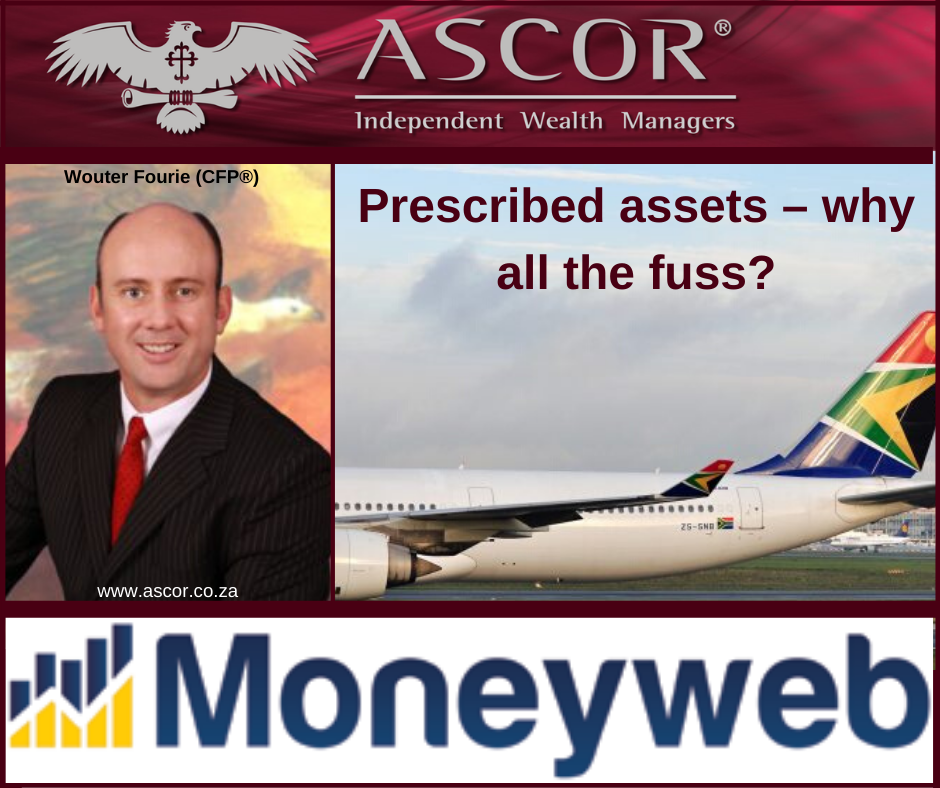 Prescribed assets – why all the fuss?

The government can solve its money problem by drawing on the more than R6 trillion in managed savings.

The organisations that would benefit from our investments and pension funds have poor track records of managing their funds well.

In recent weeks, the talk of so-called “prescribed assets” has surfaced in the media and in investment circles, leading to questions from clients on what this means and why it has returned to the public discourse.

The practice of prescribed assets was used by the Apartheid government to fund its projects and provide liquidity that it could not get from taxable income.

In short, when the government implements a practice of prescribed assets, it forces investors to save and invest their money in specified projects and companies, normally those managed and owned by the government.

It should come as no surprise that this is back on the agenda, both in the official discussions by the ANC and elsewhere. The economy is performing poorly, several state-owned enterprises – think Eskom, SAA and the SABC as the most topical examples – have required inordinate amounts of money from the government to stay afloat, and the SA Revenue Service seems to be lagging on its tax collection targets.

Meanwhile, the Association for Savings and Investments (ASISA) estimates that its members, which include all the pension funds and large asset managers, are sitting on more than R6 trillion in managed savings.

So, back to the question. Why the fuss? If the government can draw on these savings by making it compulsory to invest in certain assets, then surely it can solve its money problem?

Perhaps, but then the government would create many more problems for investors and the economy. When this practice was used before South Africa became a democracy, it didn’t work and there were enough reasons to suggest that it will not work this time.

For one, there has been a prolonged period of misappropriation of state funds, state capture and poor management at Eskom, SAA, the SABC and many other state-owned enterprises. In fact, the Auditor-General mentions in his most recent annual report that only 23% of the entities that his office audited received a clean bill of health.

Put differently, over three-quarters of the organisations that could benefit from getting money under the prescribed asset rules have some level of “irregularities” in their business dealings or in the way they account for the money they get from taxpayers and the state.

Then there is the most recent round of bailouts for several SOEs, with Eskom’s R59 billion lifeline being the most recent. The government has reported that it is liable for R446 billion in guarantees in the 2018/19 financial year. So, the organisations that would benefit from our investments and pension funds have poor track records of managing their funds well.

On an economic level, the practice of forcing investors to invest in prescribed assets would skew the important role of capital to help grow the economy.

Investors would be forced to move their money from well-performing or deserving projects, removing the incentive (and lifeblood) of these projects to grow and perform. At the same time, poorly performing projects and organisations will receive capital that they would not have received if the investors had evaluated them in terms of good business principles, thus rewarding their poor performance and providing no real incentive to improve.

One could argue that this unnatural intervention in economic growth would be frowned upon by ratings agencies, causing further downgrades and forced withdrawal of international capital from our economy.

Ultimately, a practice of prescribed assets provides a very real threat to pension fund savings and to the performance of your pension portfolio.